“Let’s have lunch together,” he said.
“Let’s go to Target together after,” I said.

Two statements I fear will never be uttered again.

October 7, 2014, started out as any morning would. We needed groceries, our first choice is always Costco. Anytime #bud hears the word Costco his ears perk up.

At the 11th hour we decided to go to Costco later in the week. I said, “I do need to go to Target, dad, why don’t you join and help me with the kids?” Now- mind you…I shop with both kids by myself almost every single day. Sure some days are tougher than others…but I am able to accomplish what I need to do and make it home without any major meltdowns. The one day #bud joins us changed everything.

We first had lunch at Chipotle (since we weren’t getting any free samples at Costco). Okay- lunch was a success. We then pull up to Target. “Let’s get two carts,” Bud suggested. Yes, let’s.

Luke in one cart with #bud…Eden in my cart we start down the aisle. I needed to go back to car for my wallet, so I left him with both carts. I come back to find him strolling the aisles randomly taking up all the room. See the two older ladies to the right of this picture? They were pointing and laughing at him as he blindly strolled the aisle like a lost puppy dog. 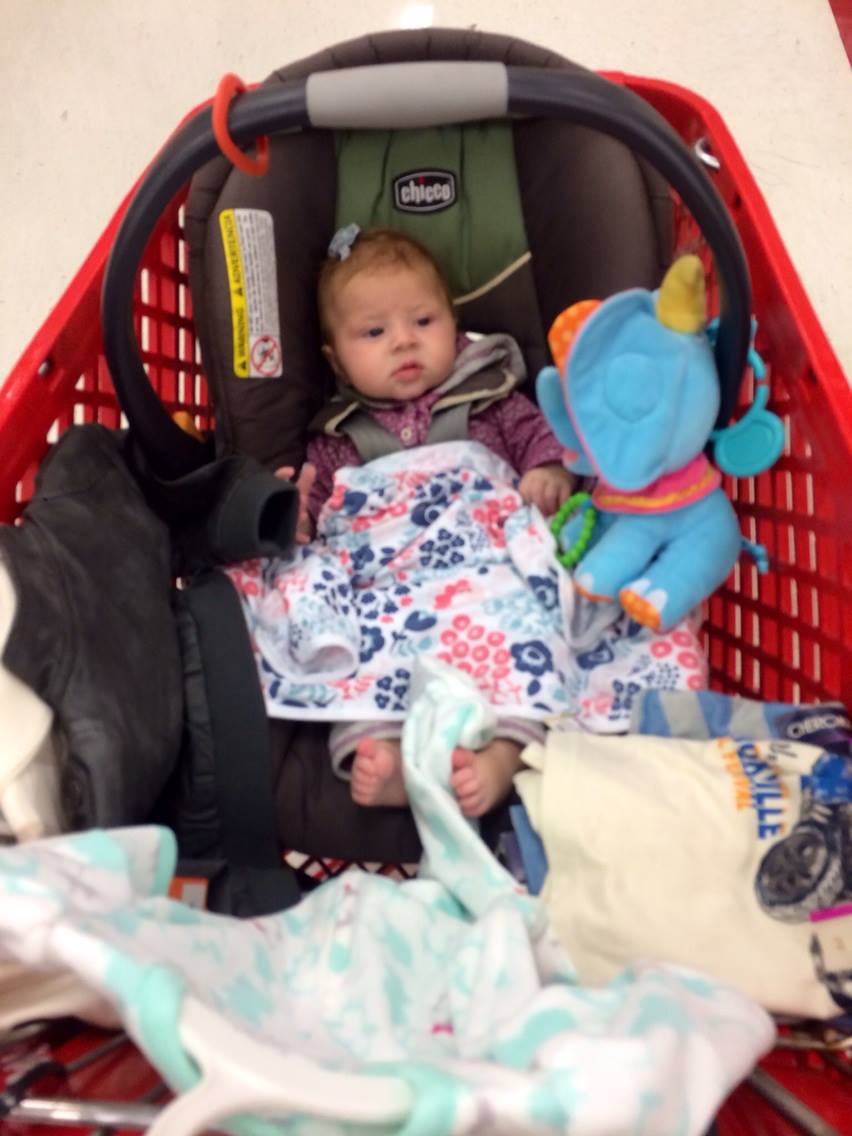 We hear a bomb go off in my cart in the direction of my precious tiny queen of a daughter. Massive diaper change needed ASAP. I leave Luke and #bud and change what may be the world’s stinkiest diaper. I come back to this… #bud handing Luke skeleton soap dispensers pretending that it’s aftershave. Back to clothes shopping…

Luke gets a leather coat. Naturally. And some flannels. Oh, and a pair of work boots.

Then Luke starts screaming for milk. I don’t have milk. #bud heads toward grocery area.

We get Luke a small milk juice box looking thing with a straw. He stops yelling. We have a list of groceries from Nance to make chili for dinner. The Target does NOT sell beans…

#bud is speaking very loudly at this point: “This store is a fugazi. This store wouldn’t know a real grocery store if it fell on them. Let’s get outta here and go to Meijer.” At about this time…Luke pushes his straw all the way down the milk carton. Squeezes milk carton. Milk goes everywhere. 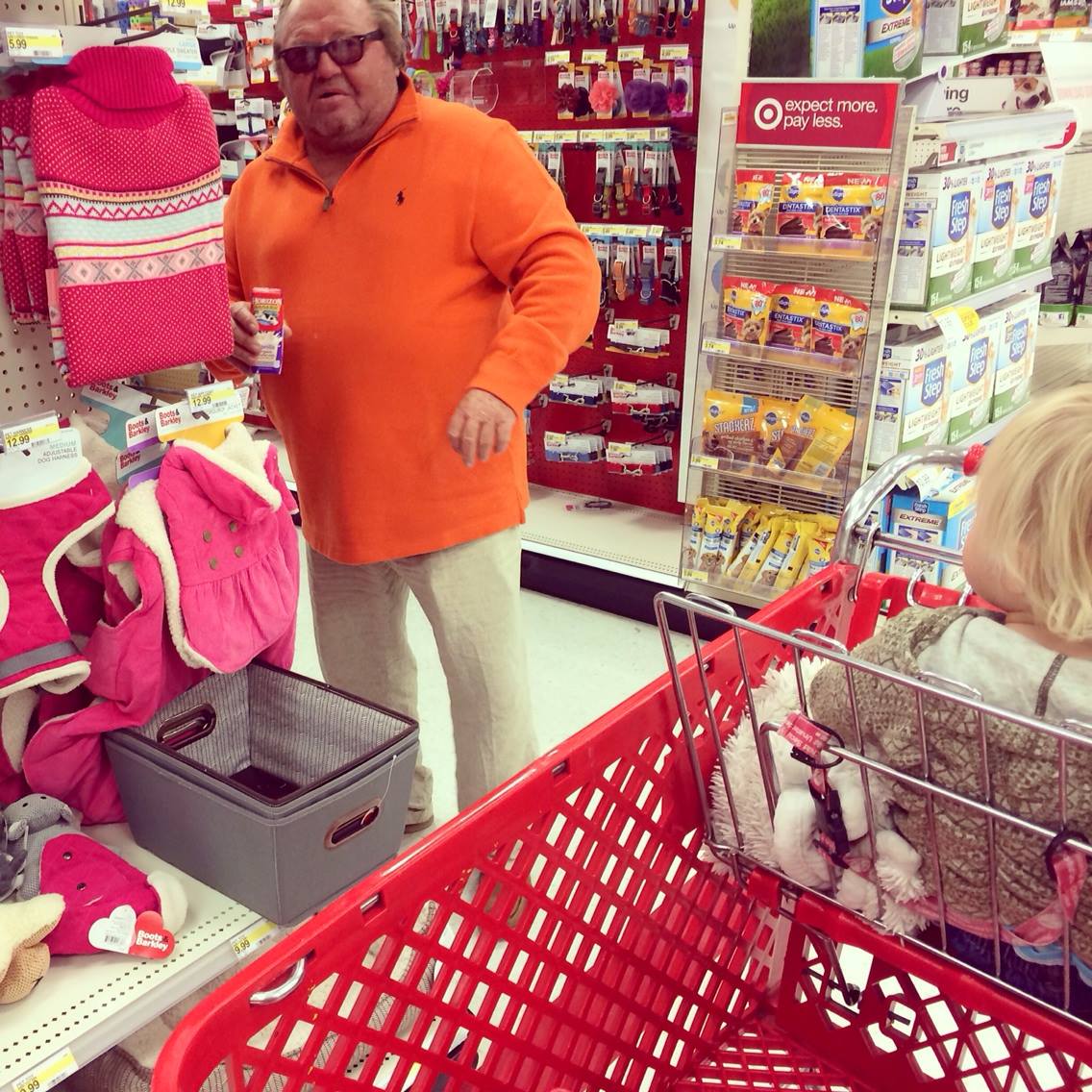 #bud decides to pick up a dog Halloween costume to clean up the milk. “Shanisty, let’s find a little tool in one of the aisles to get his straw out. My finger is too fat.” Start search for little tool to rescue straw: come up with nothing.

“Let’s just buy him a sippy cup and fill it up with the milk.” Great idea! Wonder Woman sippy cup opened. I start squeezing the milk in. Milk goes everywhere.

“Want me to go back and get that dog cape? It cleans things up really nice.” Bud asks. No, that’s okay…I mop it with a wipe.

Luke is satisfied. Eden is satisfied. I am semi satisfied…minus the bean debacle. Bud, “Shanisty! Would you look at that! They sell bananas next to the ass burns (aspirins). Well, I ain’t never!!”

We leave the store. We don’t look back. We fought the Target…and the Target won.