A year ago, I don’t think Luke could have done it. Not that he wasn’t capable, but he lacked the bravery to do much of anything on his own. He was a very shy kid, which isn’t uncommon for a child who was never really around many kids his own age.

During the last year, my husband and I have watched Luke flourish into an independent young boy. Yes, he’s only 4…but we hold him to high standards when it comes to life lessons.

Recently, I was asked to partner with Goldfish Swim School for my kids to learn how to swim and without a second of hesitation I said, “YES!”

I cannot rave enough about this program. There are two Central Ohio locations: Dublin and Westerville. The staff members are some of the friendliest, most helpful people. The facility is bright and colorful with tropical themed music and cabana. Not to mention, the facility is extremely clean with plenty of changing rooms available.

Luke is in a small class with approximately 4 other boys, so he gets excellent one on one time. Eden is in a class with me, mainly because she isn’t quite as independent yet.

At the end of each class, the instructor tells us what the kids did great at and what they need to work on.

Luke and Eden look forward to every week at their swim school and I can’t wait to see what the coming weeks have in store for us.

Do your kids take swim lessons? At what age did they start? We are thinking about enrolling Adam in the coming weeks… 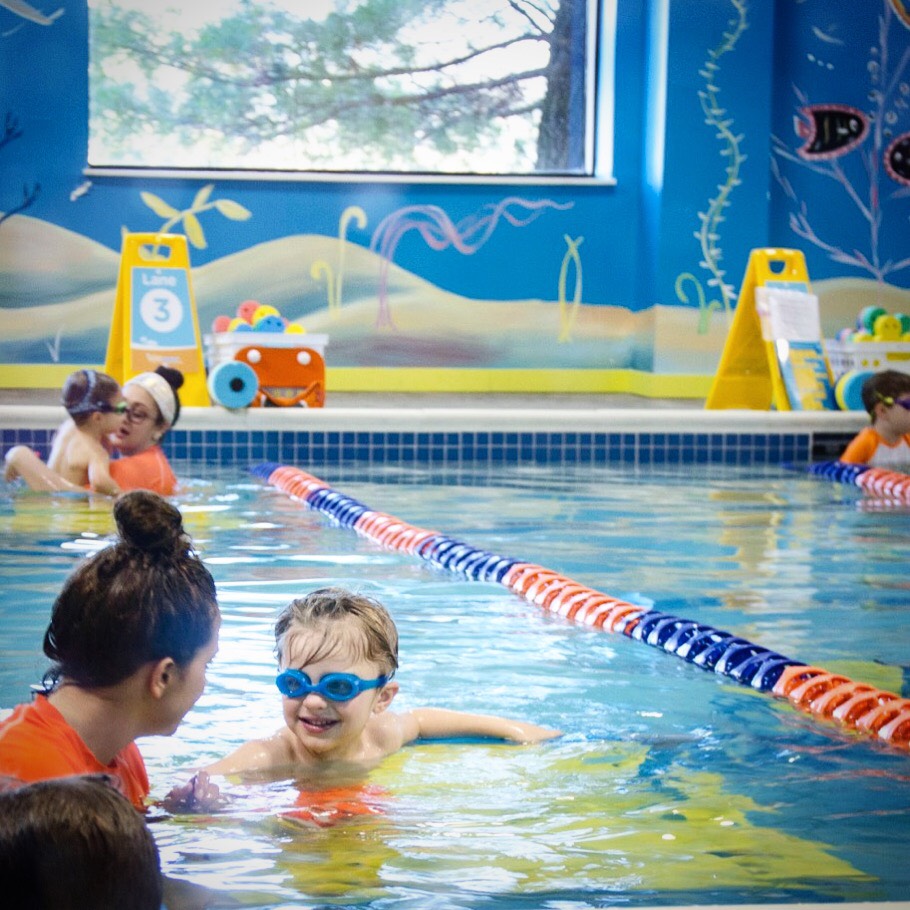 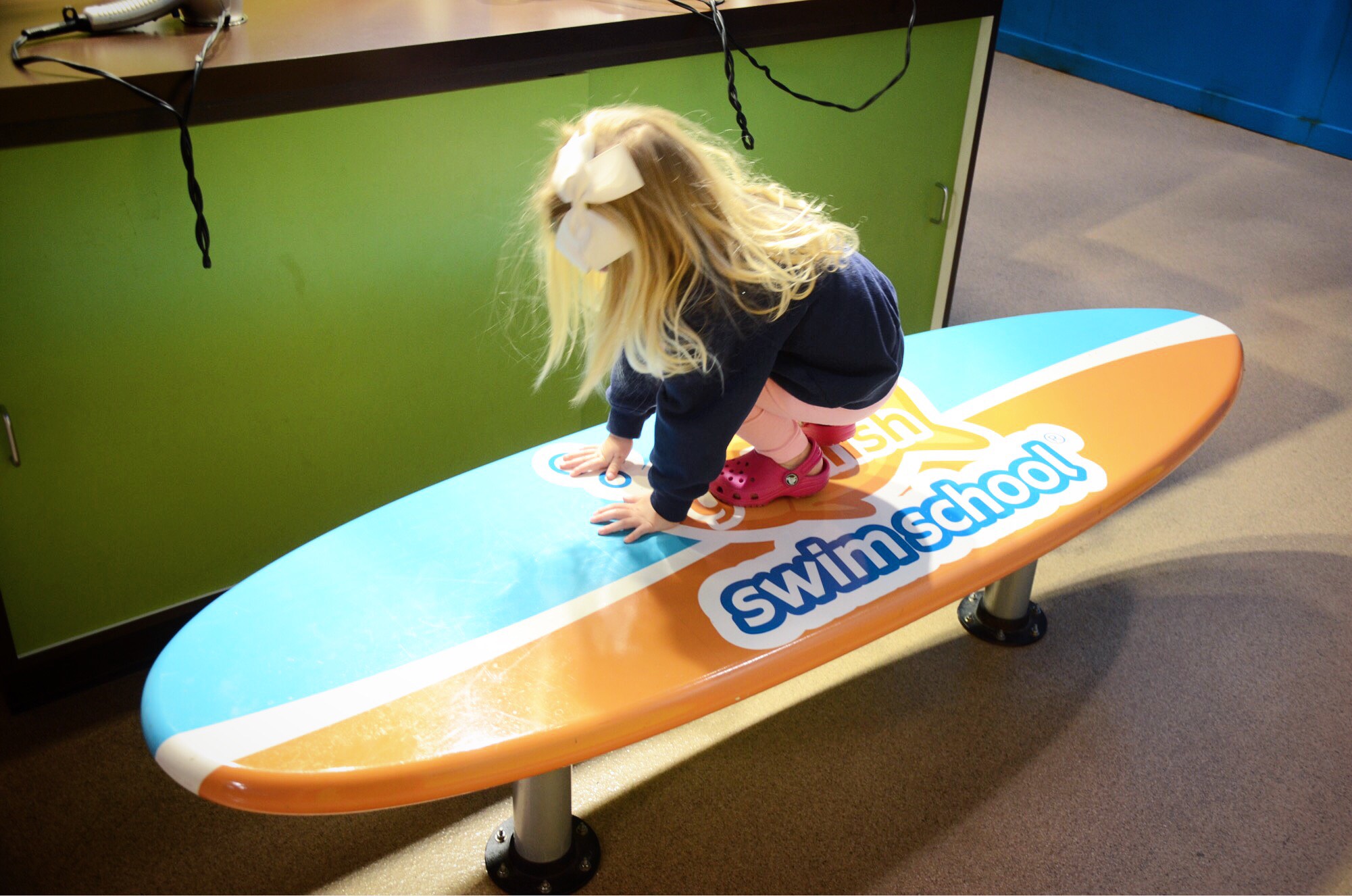 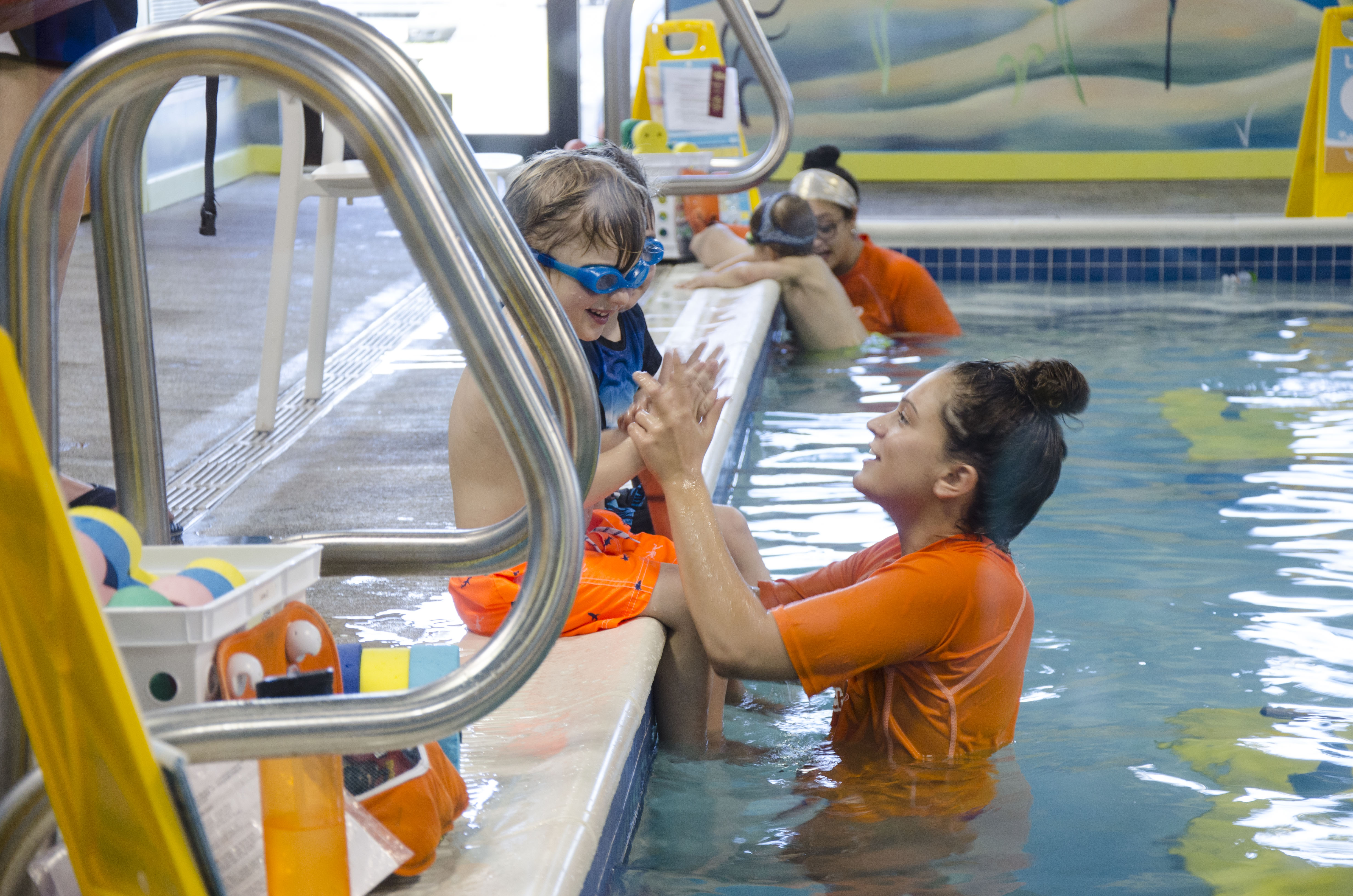