This week, I’ve felt like a complete failure. I feel as though a lot of moms use that term as a “fishing for compliments” device. “No! You’re a great mom!” is the typical response one is looking for when saying they feel like a failure. But this week has perhaps been my most challenging parenting days ever, as I attempt to wean my 18 month old son.

I’ve never talked about breastfeeding publicly, so this is completely out of my comfort zone. With my oldest son, Luke, I breastfed him for about 2 weeks. I say 2 weeks liberally, as it was really challenging. Like many first time moms, I didn’t know what I was doing…it was awkward, uncomfortable and gave me anxiety, so I quit. Today, Luke is a perfectly healthy 5-year-old.

My daughter was born 16 months later, and I decided to try again. She was much easier to feed and we lasted 6 weeks. I would have gone longer, but I had to return to a very demanding job in news. Could you imagine being out reporting on a homicide or house fire and saying, “stop everything…I need to go pump my boobs.” In retrospect, I should have demanded better accommodations as a nursing mother, but I didn’t … so I quit.

When Adam was born, I decided to try yet again. When Adam was 6 weeks old, he contracted RSV and we almost lost him. We spent several days in the hospital and I didn’t leave his side. All I did was hold him, pray and pump. It was during that hospital stay that I promised myself and him that I would breastfeed for a full year.

It’s time to move on. I know that my reasonings may be a little selfish, but I’m ready to have a night out alone with my husband without rushing back to a babysitter before bedtime.

So let me paint you a picture of how this week is going. Here I am typing away…cringing from the pain (ladies you know what I’m talking about)…drinking my 5th cup of coffee…listening to Adam cry for the 6th hour straight…and trying not to snap at my other two children more than I already have.

My husband is super supportive at night and takes Adam, but he’s gone throughout the entire day and it really takes a village. It would be amazing if all breastfeeding moms who are trying to wean could have a built-in support system for the week until it passes, but alas that’s not reality for many of us, myself included.

I am sleep deprived.

I feel like crawling up in a ball and watching binging on Netflix.

Instead, I will get off the couch.

I will check on the screaming baby.

I will play with my other children.

I will fold another load of laundry.

I will clean the kitchen.

I will get dressed.

I will start preparing dinner.

Because that’s what moms do.

No matter the circumstances… we get shit done. 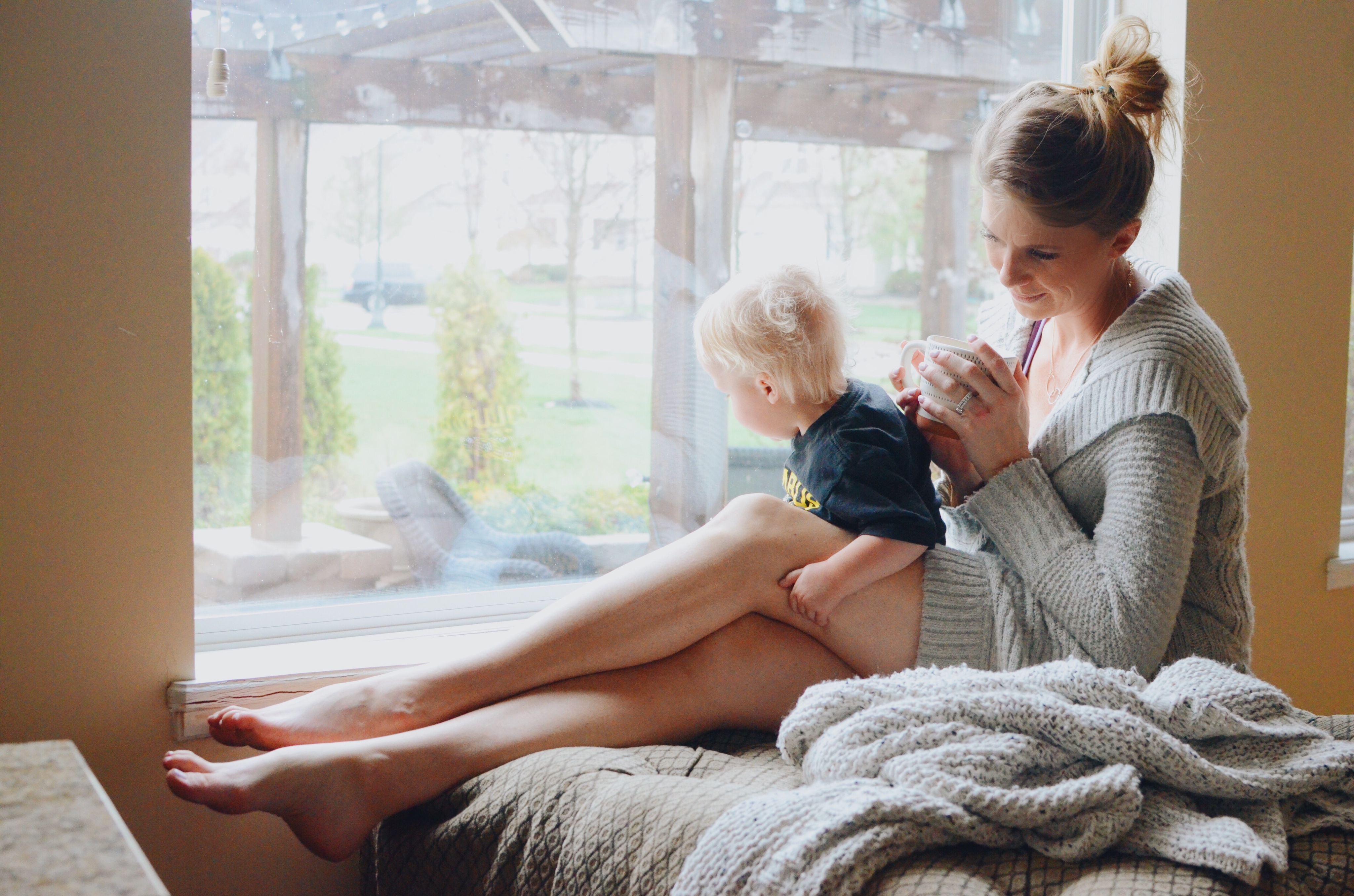 18 months strong…but now it’s time for this kid to get lost. I kid.