My name is Shanisty. I am 30 weeks pregnant and I eat hot dogs.

Admitting I have a hot dog problem is the first step, right?
Okay, let’s take it a step further.

My name is Shanisty. I am 30 weeks pregnant and I eat cold deli meat sandwiches, drink way too much coffee, AND I’ve indulged in sushi from time to time.

Last month, I shared on Instagram that I eat hot dogs during pregnancy. To my surprise, women were coming out of the woodwork admitting things they’ve indulged in during these blissful months of growing a human.

I laughed so hard at some of the responses, and can totally relate to more than a few. Here’s a rundown of the most popular responses I received when I asked:

What do you eat or drink during pregnancy that you’re not supposed to?

Honorable mentions: Olive Juice (whaaat?!) Cucumbers (didn’t know that was a no-no) Cheetos (100% NOT off limits) and Marshmallows (hahah, another one that made me laugh).

Again, I want to reiterate I am not saying these items are okay to eat while pregnant. I am not encouraging you to go out and load up on wine, sushi, cold cuts and Squirt. I’m simply a super preggo hippo who is sharing her findings among friends and other preggo ladies.

Alright, your turn! Comment below on something you have eaten or drank while pregnant when you know you shouldn’t have! 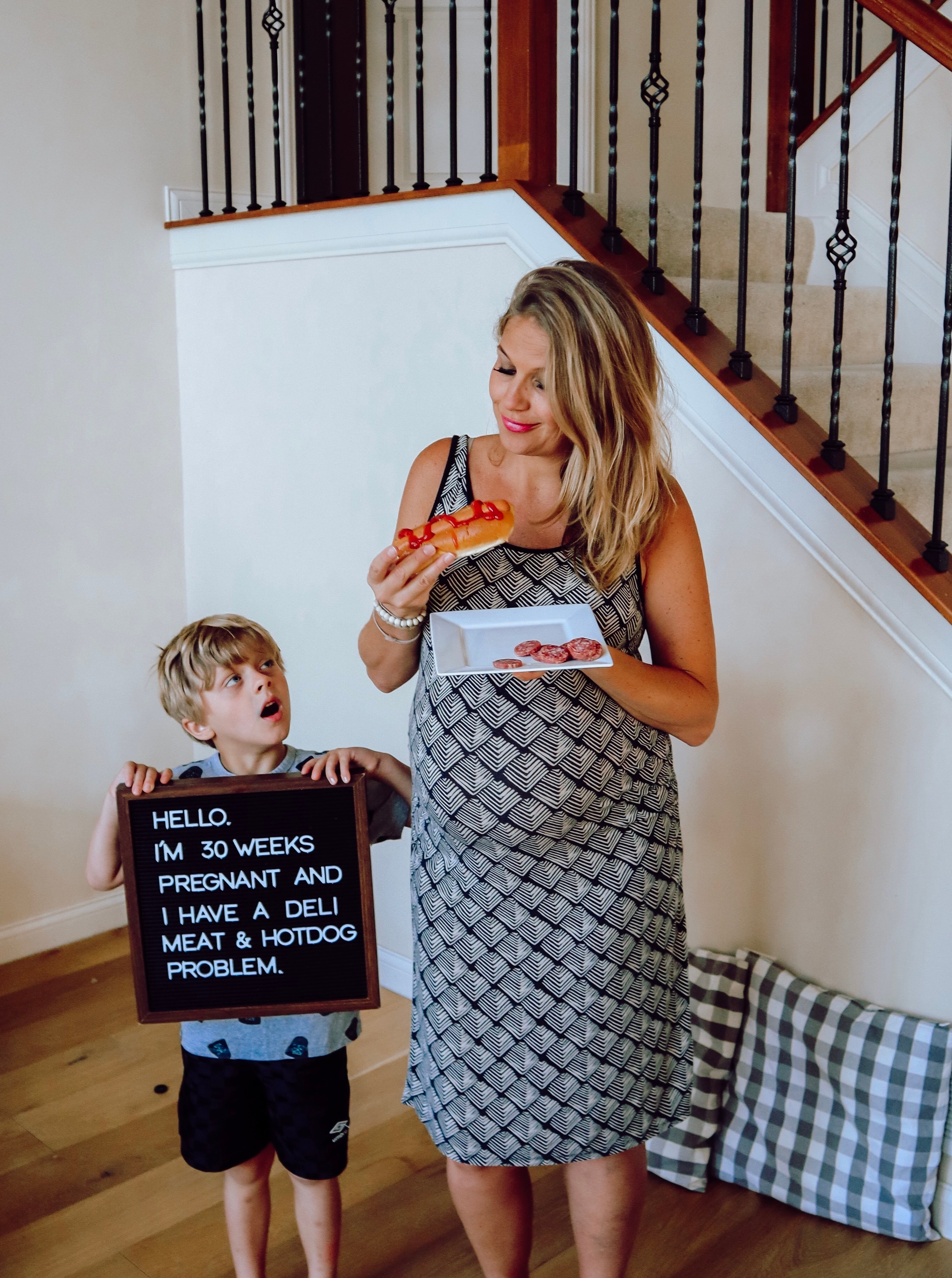