There are many reasons why I didn’t want to share this story with anyone. The main reason, I felt violated enough without any one else’s judgement or opinion on the situation. But as I was laying in bed recently, I decided it was time to share this bizarre story so you know that bad things can happen to anyone, even us.

It was the Sunday morning before Halloween and we were getting ready to head off to church. I remember the day specifically because the kids were in their Halloween costumes for a special church service. Sunday mornings are chaotic as we try to wrangle the kids out the door at a specific time. Jeff was scurrying them outside. He kept saying, “Go outside and load up in the van!” But they weren’t doing that.

Luke came back into the house a few minutes later and said, “Dad! Our van is gone.” We didn’t believe him at first, Jeff walked outside and came back in… “Shanisty, did you park the van somewhere last night?” I replied, “Um, no. Why?” Jeff said, “Well, it’s gone.”

That’s right. Some criminal, some thief stole our family minivan from our driveway while we were sleeping. Full of carseats, hats, coats and little stuffed animals.

We called the police, and they arrived right away. We tried to think of everything that was inside our vehicle to report as stolen. It’s a surreal thing talking with police officers about something that was taken from you when you’re still in disbelief yourself. Inside our van were 4 car seats, DVDs, my Ergo Baby Carrier, Luke’s 9 iron, along with coats and hats and shoes. All of it gone in the middle of the night.

After the police left, Jeff called our insurance to begin the process of filing the claim. Insurance gave us a stipend for a rental, but it wasn’t enough to cover the cost of a minivan. Unfortunately, our family can’t use an economy sized vehicle. So we are out that money, on top of other expenses.

It should be noted, we live in a very safe community. It’s the same town I grew up in, we have a safe neighborhood and wonderful neighbors. Even after this incident, our children play outside and I don’t think twice about it. The odds of someone stealing your car from your driveway are slim to none, we were just unfortunate.

The police told us the criminals broke into a lot of cars that night. They also said a lot of crimes occur when it’s storming outside because you can’t hear the shattering glass. As we recalled, it was a storming night when our vehicle was stolen.

Our insurance company said they would give it 30 days and if the minivan didn’t turn up within 30 days, it would be a loss. At this point we were hoping for a loss.

Well, you won’t believe it but last Tuesday Jeff received a call from police… exactly 30 days from when our van was stolen. Our minivan was found in a neighboring suburb at the scene of another crime. Apparently, police are familiar with this person who steals vehicles to commit other crimes. When the thief has the opportunity to steal another vehicle they will and drop the old one at the scene of the crime, hence where our van was found.

So here we are today. Our minivan is sitting in our driveway in pretty bad shape. There are scratches to the body of the vehicle, the passenger side window doesn’t work, our car seats were stolen along with my baby carrier and shoes. Luke’s 9 iron was in the trunk, which was the only silver lining to this all. hahah. He was happy.

The worst part… my van smells like the criminal smoked 93,029 cigarettes in it. It’s nauseating and makes me sick to my stomach to even think about it. The reality is though, we will probably have to keep the van.

So here I sit, stressed about driving a vehicle that I have no idea what happened inside of it during the last 30 days. Were there drugs, sex, alcohol? Who was inside of the vehicle and what kind of crimes was it driven to? I have 4 children, including an infant and a 3-year old with severe respiratory problems and I’m supposed to drive this thing around like it’s no big deal?

I realize these are first world problems. I know there are much more serious issues to have… but I also want you to know it’s okay to have small problems like this. You don’t need validation to be stressed about the little things.

WHAT IS STRESSING YOU OUT THIS WEEK?

I’m going to try to share your stories bi-monthly and offer some advice. If you have any advice or thoughts for me, please comment below! 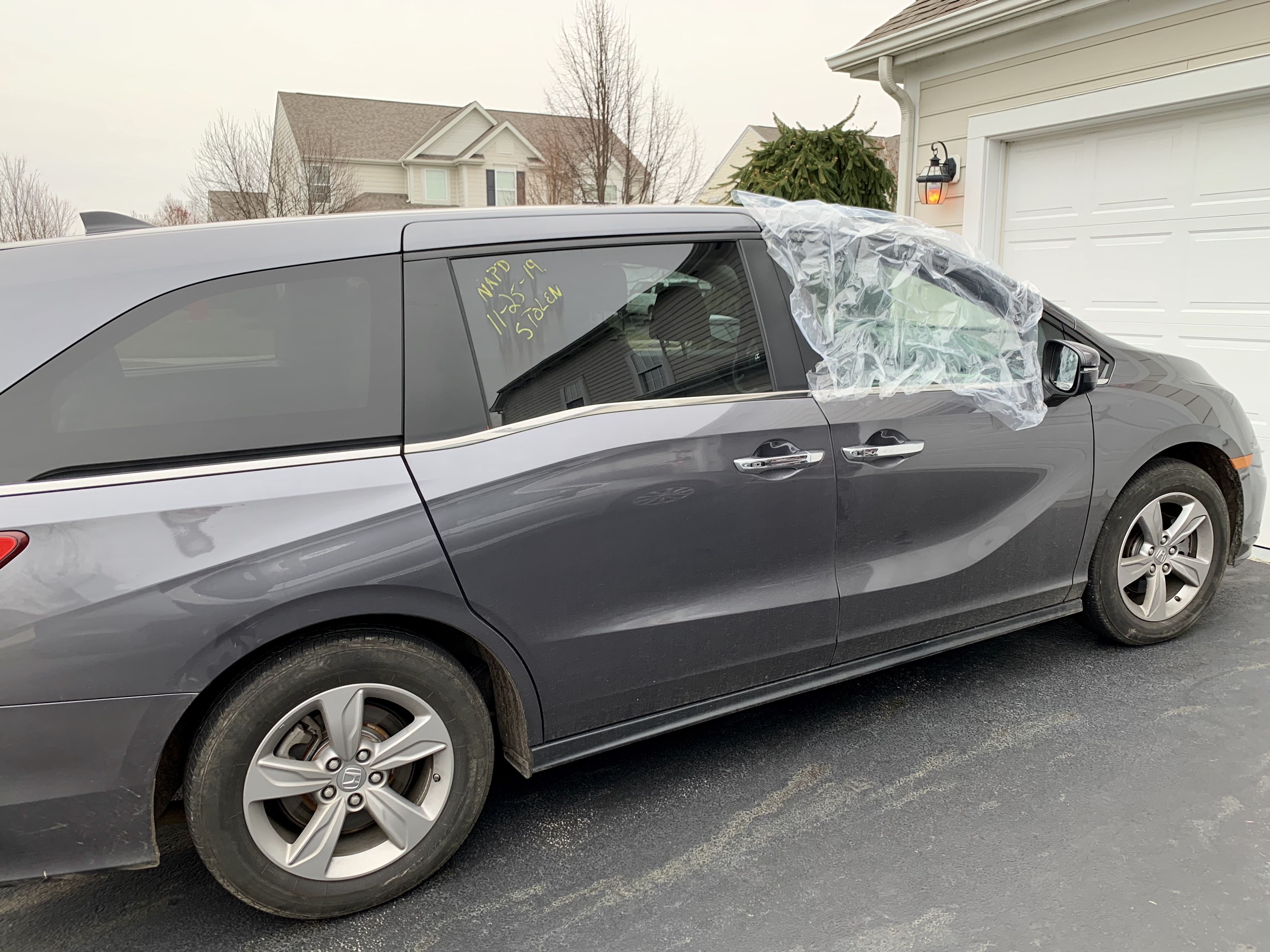