It’s been a whirlwind of a week!

I spent 10 years of my life on-air. A full decade of getting up, fixing my hair and makeup, driving to a television station, pitching story ideas, making phone calls, setting up interviews, driving to a location, interviewing a subject (hoping for no obstacles), driving back to the station, logging the sound, writing and editing my package before my deadline. Sometimes going live with the story, sometimes anchoring an entire newscast. Then waking up the next day and doing it all over again.

The TV news business is not for the faint of heart. It’s hard work! This week, I had a glimmer of it again with a whirlwind of media attention surrounding Adam’s Journey with RSV.

It began last Friday with a visit at Nationwide Children’s Hospital. I am so lucky to have the opportunity to sit down with some of the top research doctors in the world when it comes to infectious disease. Dr. Ramilo and Dr. Mejias have dedicated their careers to studying infectious disease, and both doctors have a passion for Respiratory Syncytial Virus (RSV).

If you’re new here, my third child Adam was diagnosed with RSVat 6 weeks old and we almost lost him. By the time we made it to the hospital he was dehydrated, lips were blue, and his breathing was very labored. Not only did he have RSV, but he also had bronchiolitis, an ear infection and rhinovirus.

Since our bout with RSV, we’ve been able to meet with Dr. Ramilo and Dr. Meijas a couple times a year to learn about their research and the latest developments in creating a vaccine for RSV. They are hopeful there will be a vaccine on the market in 4-5 years. This vaccine is not to be confused with Synagis, which already exists for premature and at-risk children.

When meeting with the doctors I was hopeful to learn why this season has been so bad, but unfortunately, they really don’t know why. Their focus now is on the data they are continuing to collect from children to shed some light on this horrible virus.

Imagine your child has RSV (or any other kind of illness). They’ve been poked and prodded and pricked for days. Then you’re asked if you’d like to opt your child in to a research study which means more poking and prodding for 6 months…. What would you say?

I’ll never forget when a research tech came to our room with Adam laying on a bed hooked up to several machines. She asked me and Jeff if we’d be willing to enroll Adam in a research study. She told us it would be 6 more months of nose swabs and blood tests.
We didn’t even hesitate.

Also this week, I was interviewed by the Columbus Dispatch because there’s been an incredible uptick in RSV cases across the nation this year. In fact, Nationwide Children’s saw more than 2,000 cases of RSV in December alone!

Also this week, I appeared on two local Columbus stations for two entirely different topics, one was for RSV.  I’m so thankful for all of this exposure that’s shedding light on such a dangerous virus that is so very close to my heart.

Never in my wildest dreams did I think Adam’s Journey would receive so much media attention. If you would have asked me 3 years ago when I was sitting in a hospital room watching my son fight for his life… if I thought RSV would make a wave, I would have laughed.

3 years ago I had never even heard of RSV. And unfortunately, many, many parents still have never heard of RSV.

I’m so grateful that even 3 years later, Adam’s Journey is continuing to impact so many lives. I’m so proud of what we’ve accomplished and the awareness we’ve built…but we still have so many mountains to climb!

The paper quoted me saying: “I hate to say a really bad season of RSV is good, because it’s not, but at least we’re talking about it.”

Please share our story with every parent and adult you know. Please continue to talk about it!

Together, our voices will continue to push research doctors to get an RSV vaccine on the market sooner rather than later.

I also want to say Thank You all for your continued support. Without you, our voices would never be heard. 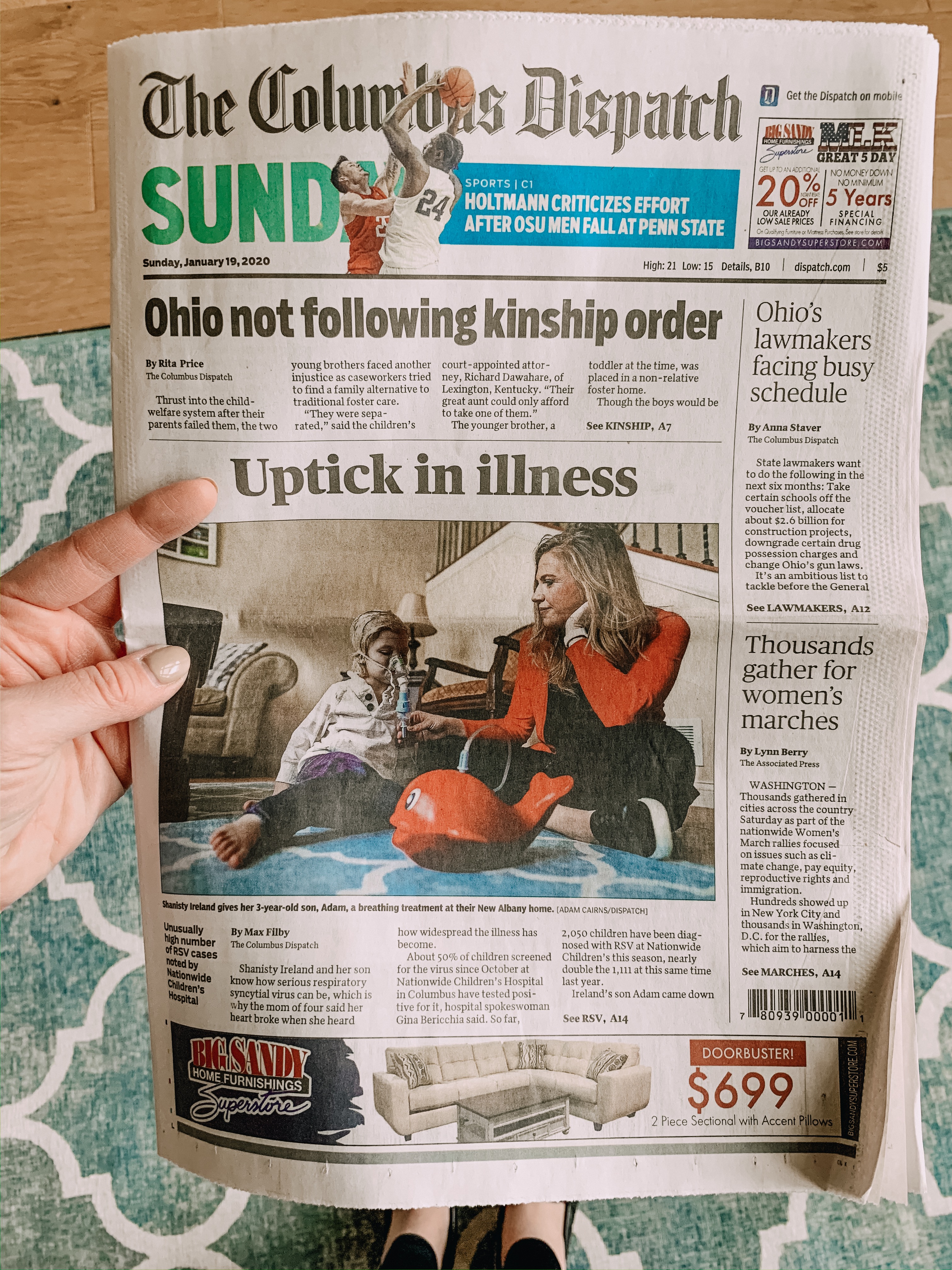 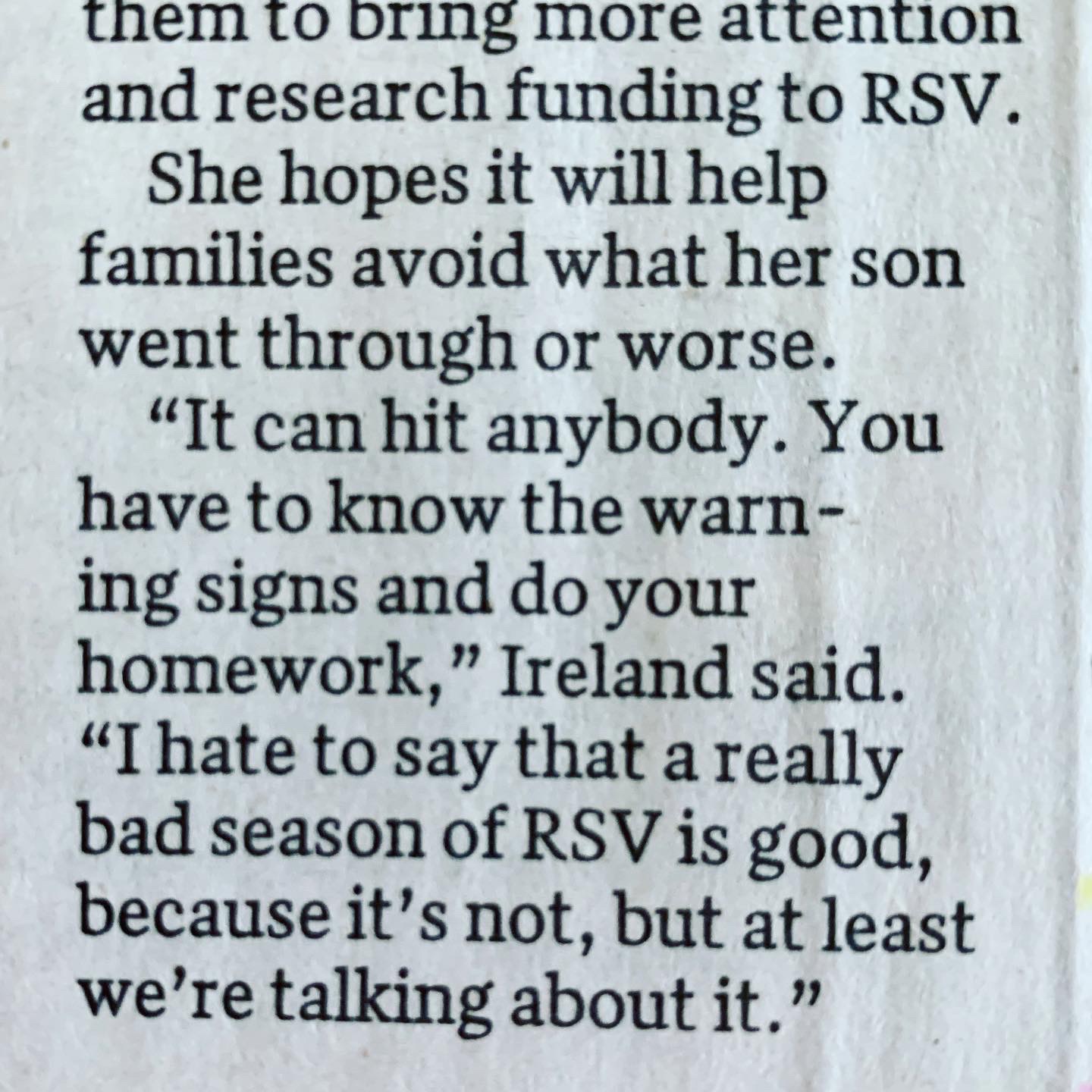 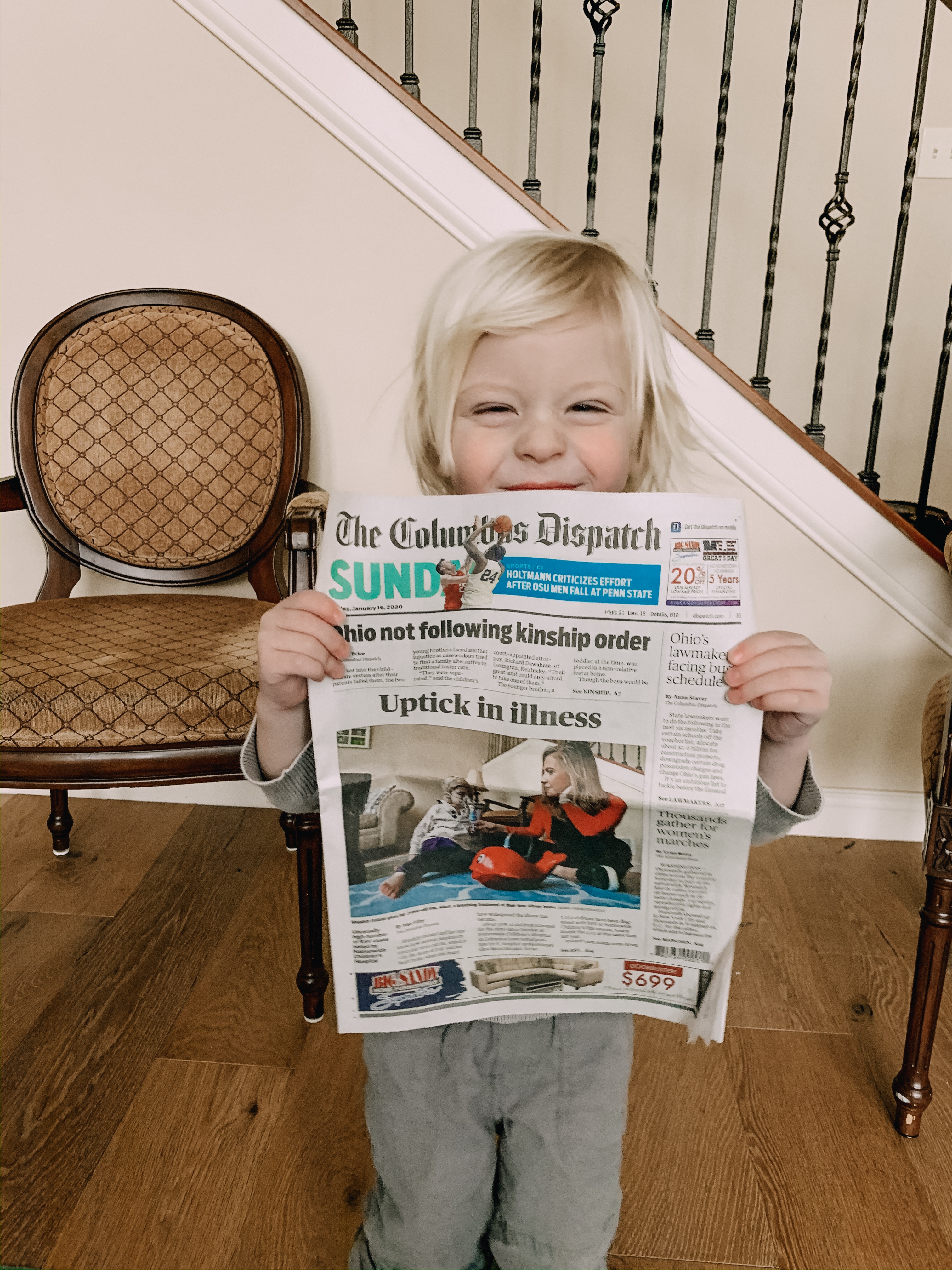 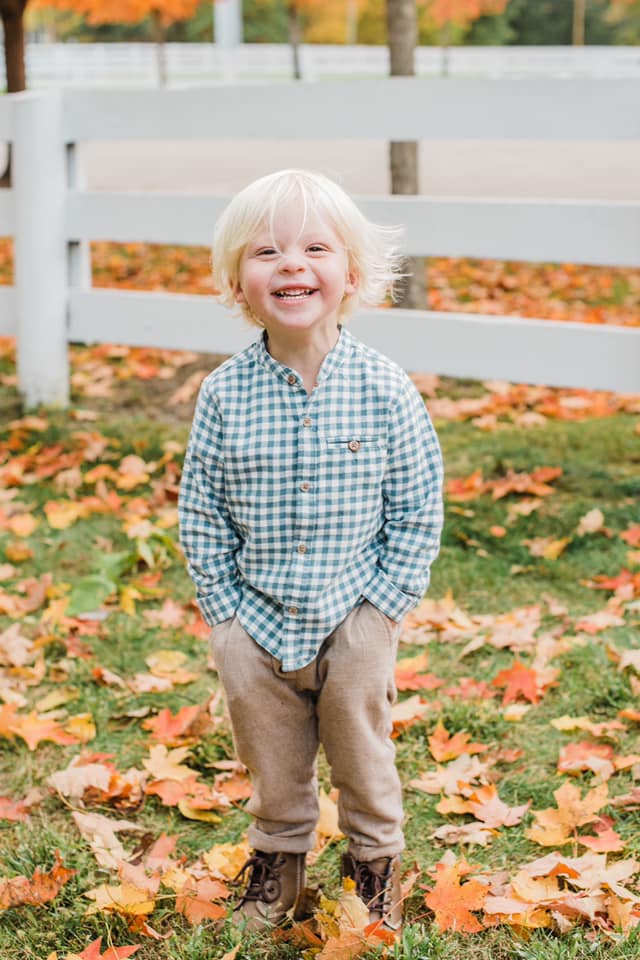 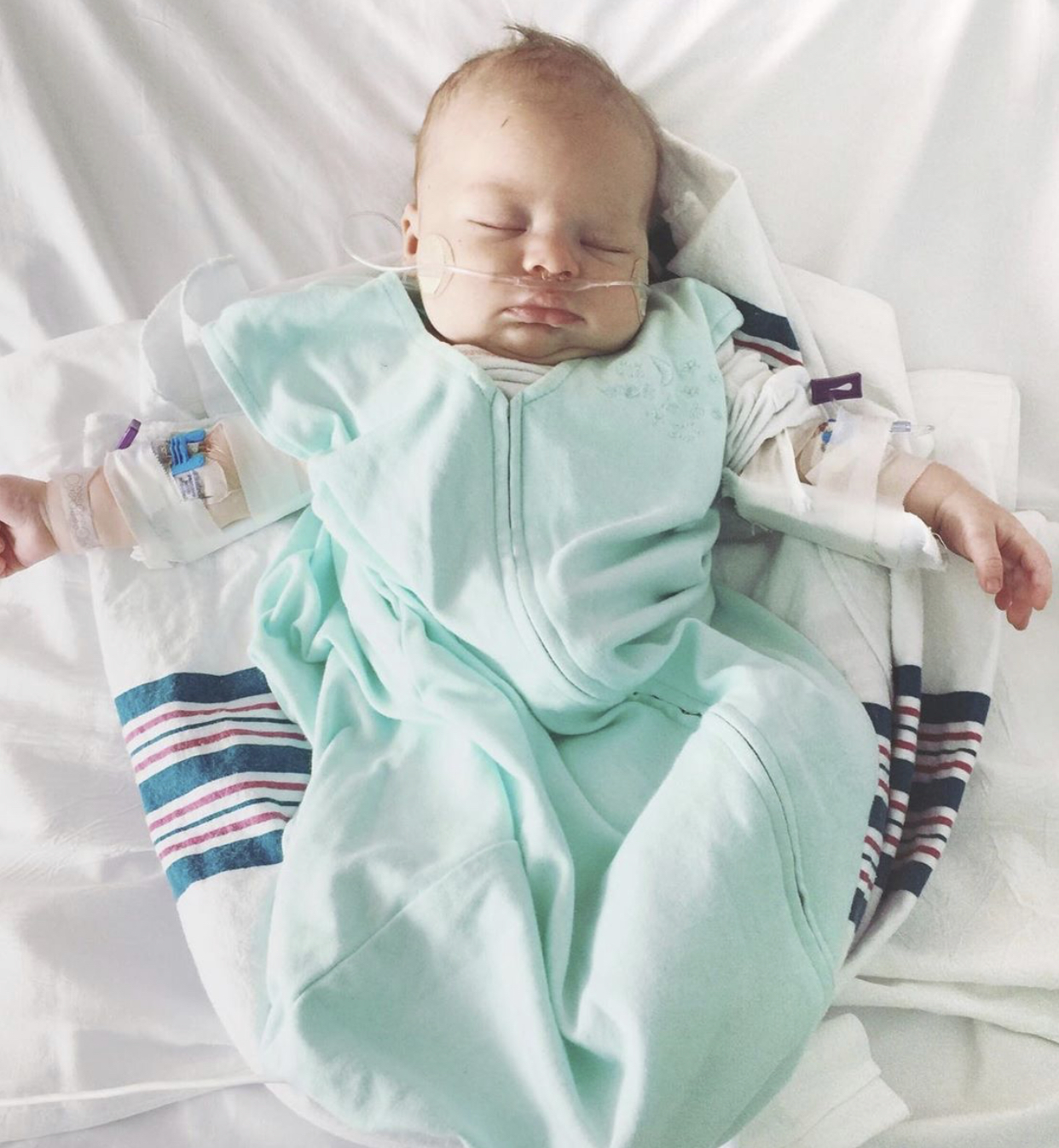