Skip to Content
COME AND GET IT! New posts to your inboxSUBSCRIBE
Home Food My Cousin's Kitchen My Cousin’s Kitchen – Loaded Hash Browns

We recently returned from a kid-free vacation to Bozeman, MT.

While there, we visited our favorite breakfast / brunch spot JAM! on Main. And by visiting, I mean we went 3 times. And all 3 times I ordered the exact same thing… The Loaded Hash Browns.

It’s a really simple dish, it kind of has a “kitchen sink” approach. So, Natalie and I decided to try to recreate it at home in My Cousin’s Kitchen.

We hope you enjoy this brunch favorite of ours…popular with the entire family!

*Note: this recipe calls for basted eggs. You can always sub basted eggs with egg whites.

To baste an egg:

1. Melt tablespoon of butter in a skillet over medium heat.
2. Crack in the egg.
3. Cook until whites are nearly fully set and then add the hot (boiling) water to the skillet. Cover the skillet tightly.
4. Cook the egg in the covered skillet until the whites are set and the thin layer of whites that tops the yolk has turned white as well.

Let us know if you make this brunch… it’s super filling and a fan favorite for the whole family! 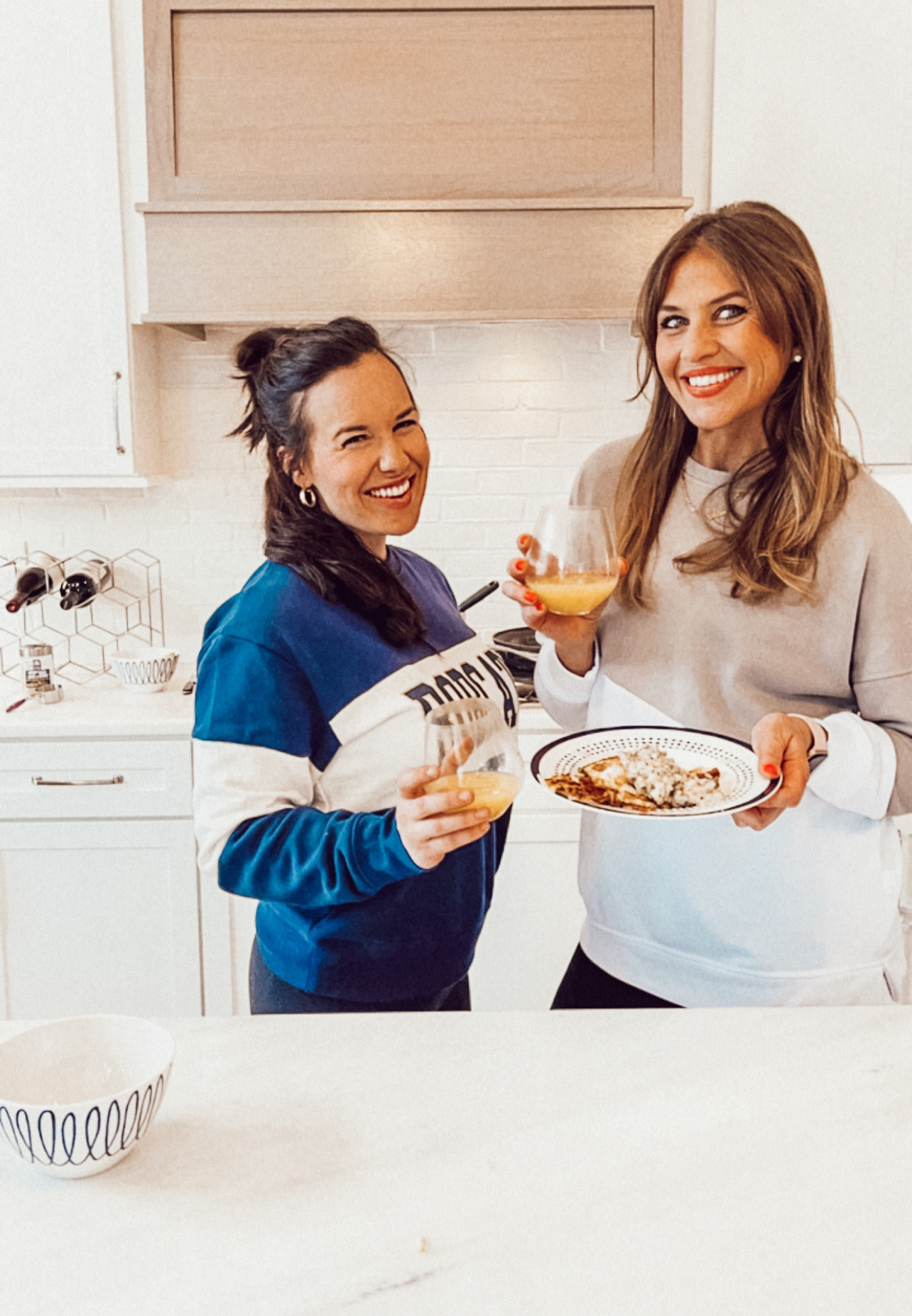 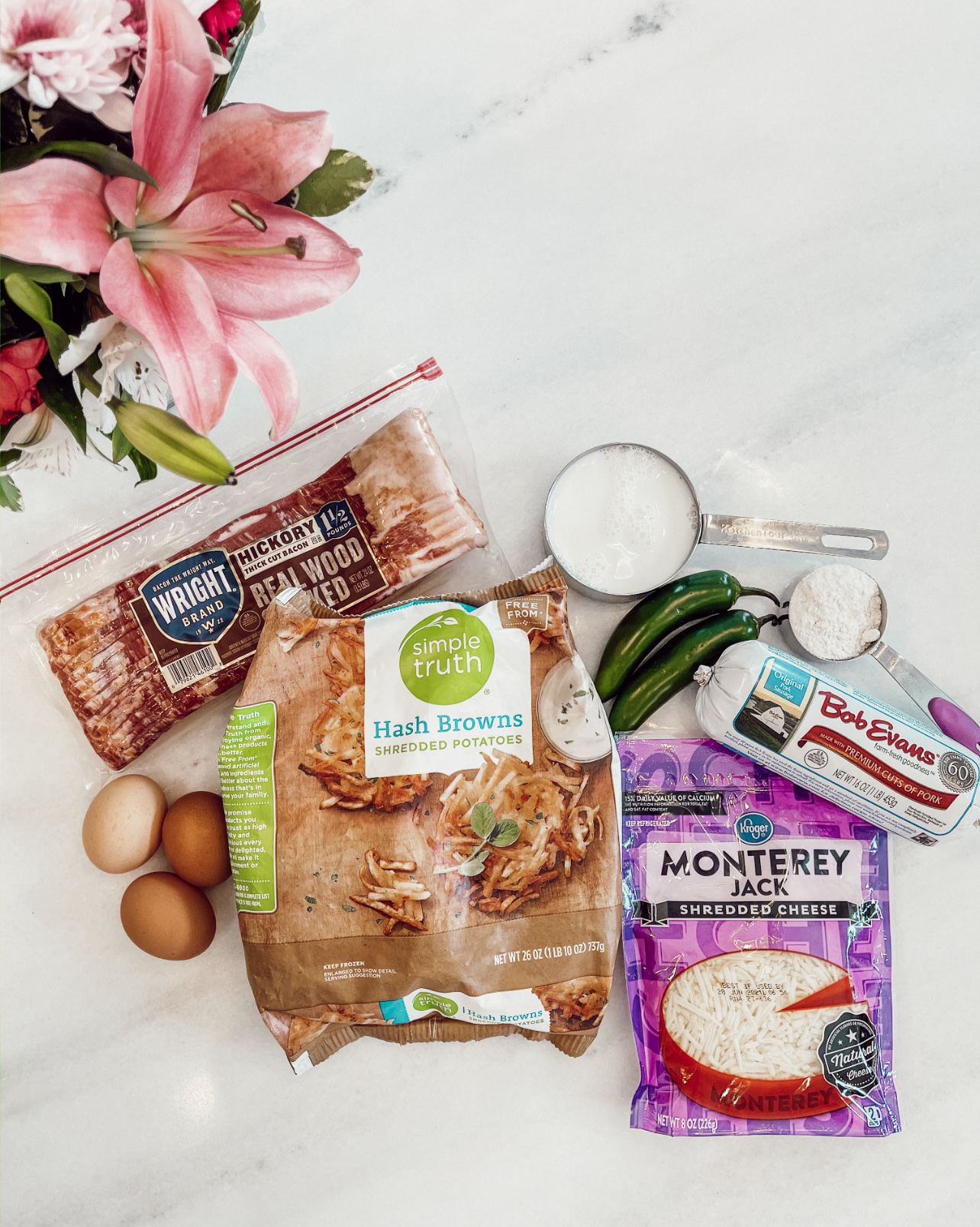 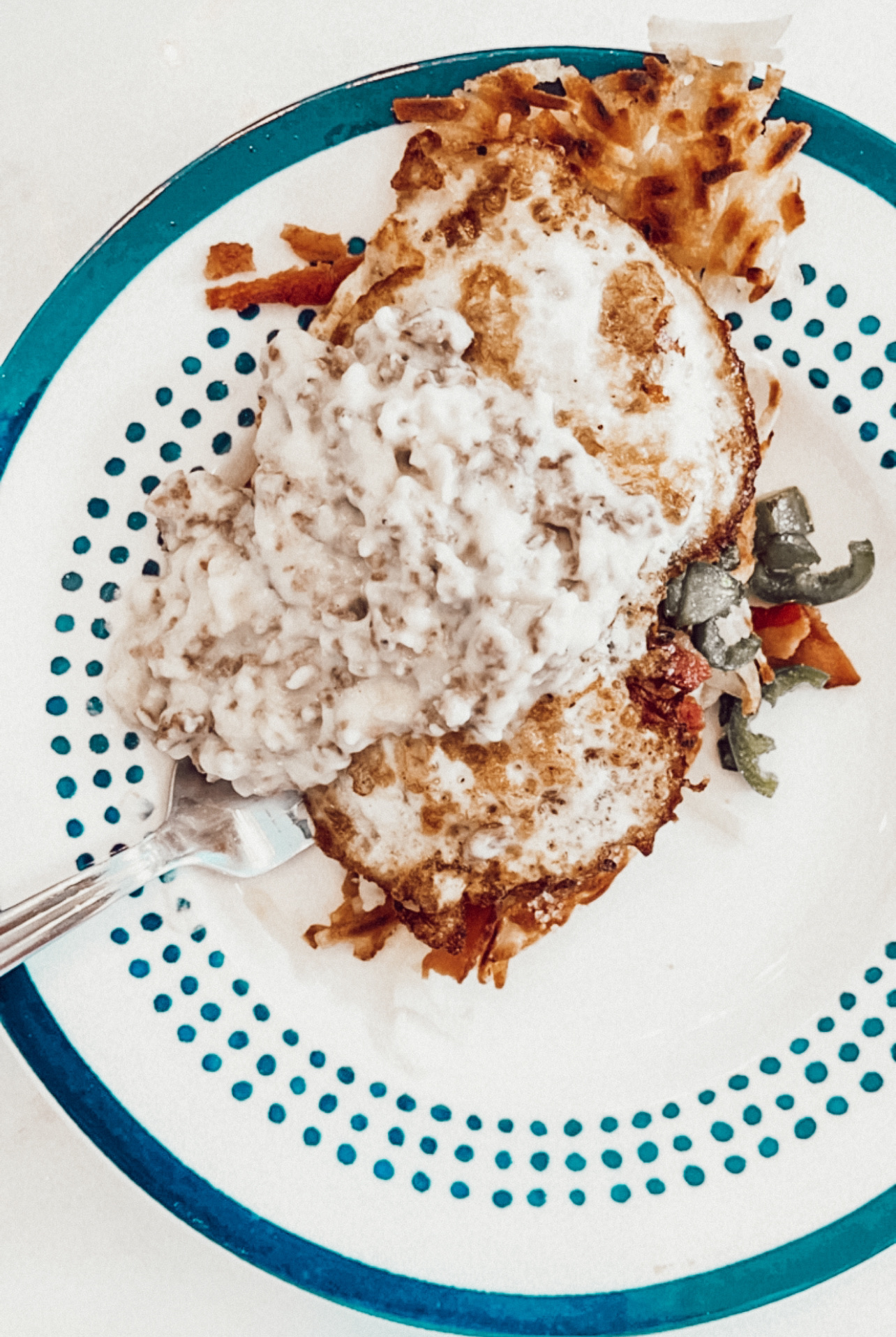