Potato chips have been the reigning champion in American’s hearts as the #1 salty snack food for years. But what is it about these fried potato slices that makes them so desirable to millions of snackers both nationwide and around the world? Is it the crispy crunch? The satisfyingly salty flavors? Or just how so darn easy they are to pair up or cook with?

Today, I had the chance to chat with Fox 17 in Grand Rapids, MI and share an awesome recipe to celebrate this fun holiday.

Like all great things, we start with bacon for this recipe. A bacon bit and pecan crusted cheese ball is a savory take on your everyday dip and is bound to be a crowd pleaser!

What are some fun “Potato Chip” foodie facts?

2. Place mixture on plastic wrap, cover and form into ball. Refrigerate for at least one hour.

4. Place on a platter with Mikesell’s Groovy Potato Chips and serve. Enjoy!

I love Mikesell’s brand because they’re family owned and local to Ohio!

Visit their website and use code CHIP10 for 10% off your order! https://mikesells.com/ 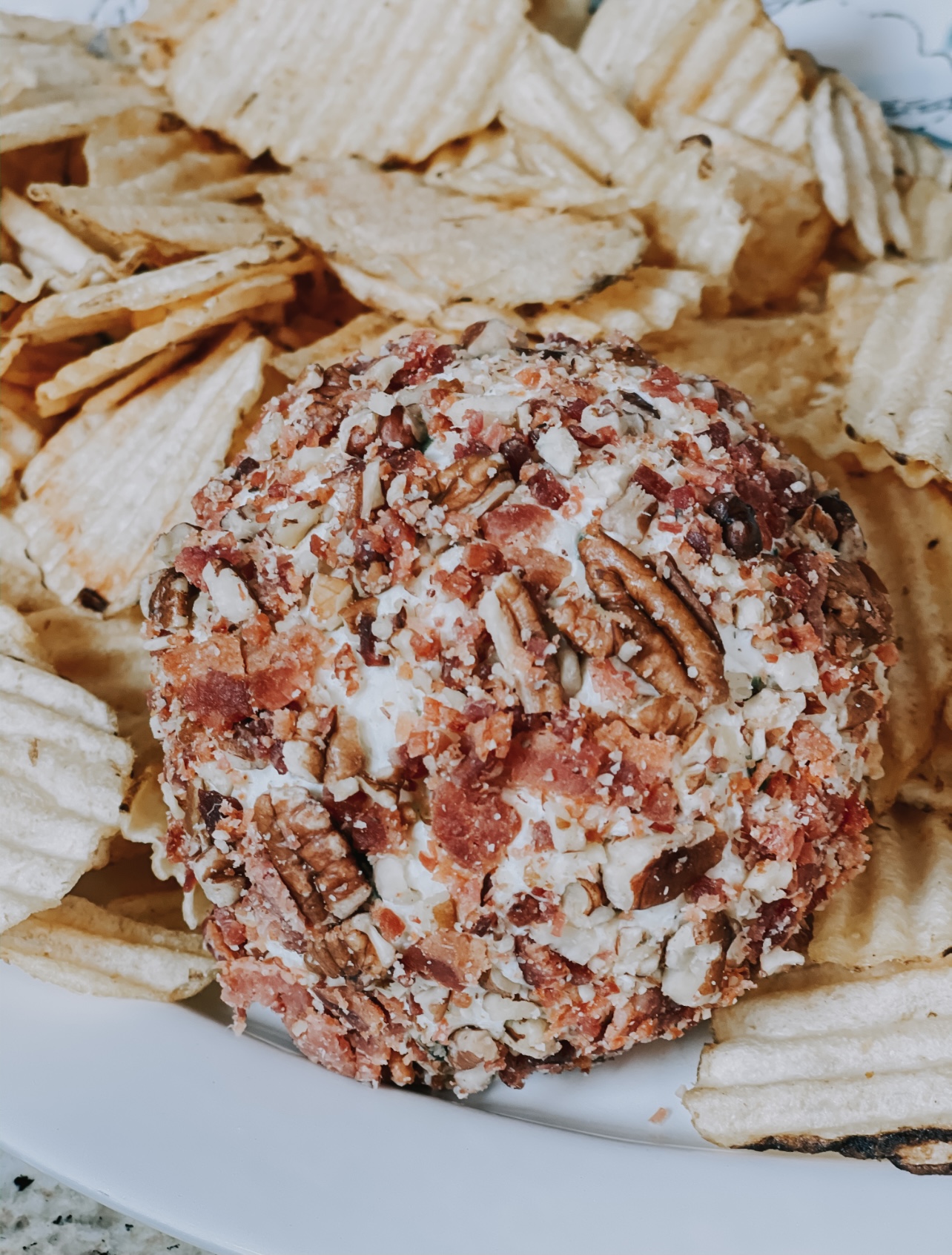 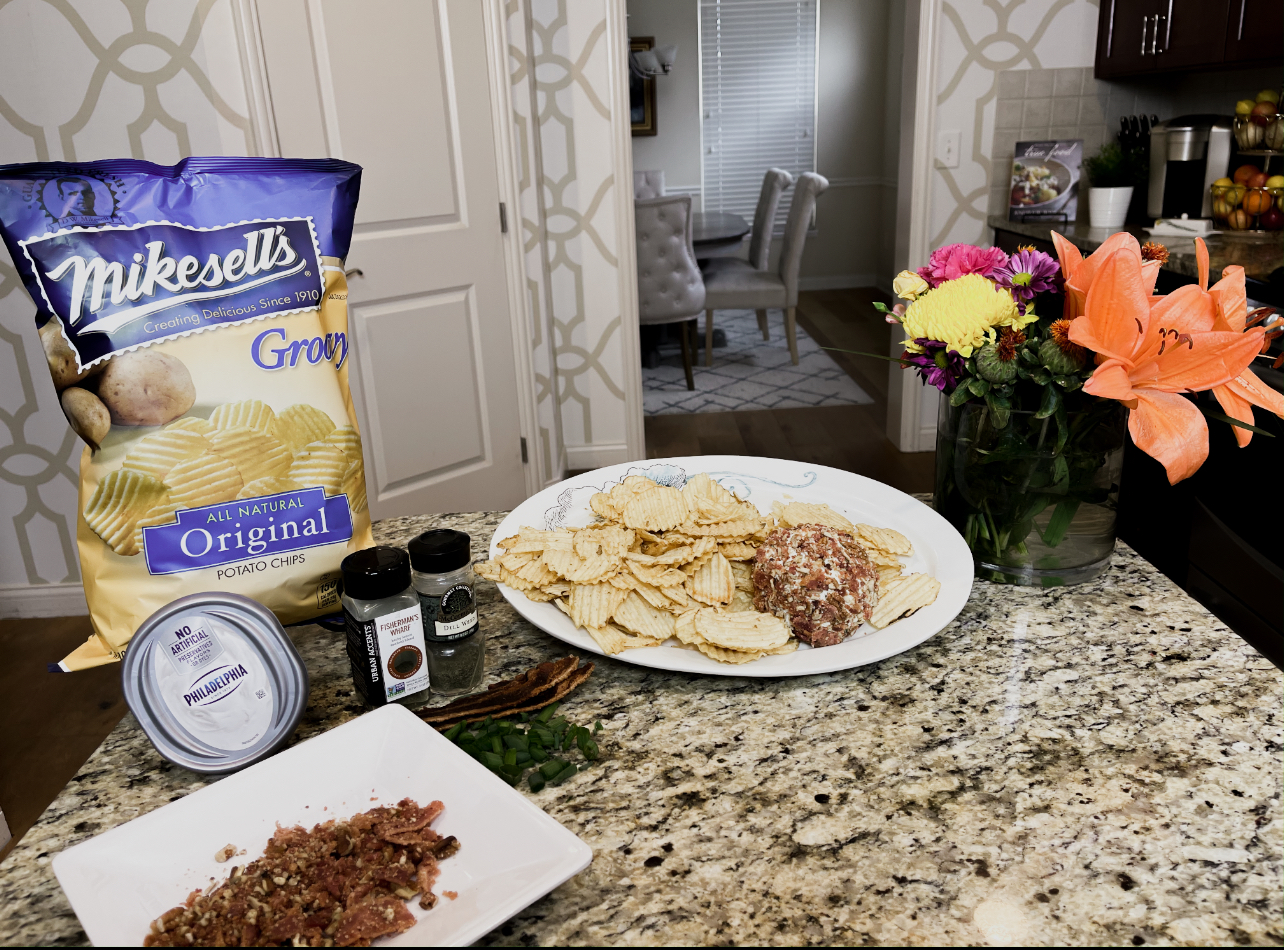