Skip to Content
COME AND GET IT! New posts to your inboxSUBSCRIBE
Home TV Freelance TV National Waffle Day!

Today (August 24) is National Waffle Day! So, I hopped on the tv with my friends at Local 12 in Cincinnati to share some fun facts about Waffle Day and share how Julian’s Recipe can help you celebrate!

Why do I chose Julian’s Recipe? They are a delicious and easy way to satisfy your waffle day cravings! You can choose between the Belgian, Brussels, or Cauli-Wafel varieties! Julian’s Recipe bakes authentic European wafels and Artisan Bread that give you a taste of the Old-World and leave you thinking it was your first time getting the true wafel experience.

1. If using peanut butter, marshmallow fluff or preserves, use a knife to spread onto one side of both wafels.
2. Place the ice cream on top of one of the waffles, trying to keep it even. Place other waffle on top of ice cream.
3. If using a garnish, roll sides of sandwich with ice cream exposed into the garnish. Serve.

1. Combine the blueberries, lemon zest and sugar in a medium saucepan.
2. Bring to a boil, then reduce the heat to simmer for about 5 minutes until the mixture has thickened.
3. Place the butter in a grill pan over medium-high heat. Then place your wafels into the pan.
4. Add 4-5 slices of brie cheese on top followed by a generous scoop of the blueberry compote.
5. Add the second wafel on top and then flip! Allow 2-3 minutes per side or until golden.
6. Serve while hot and enjoy! 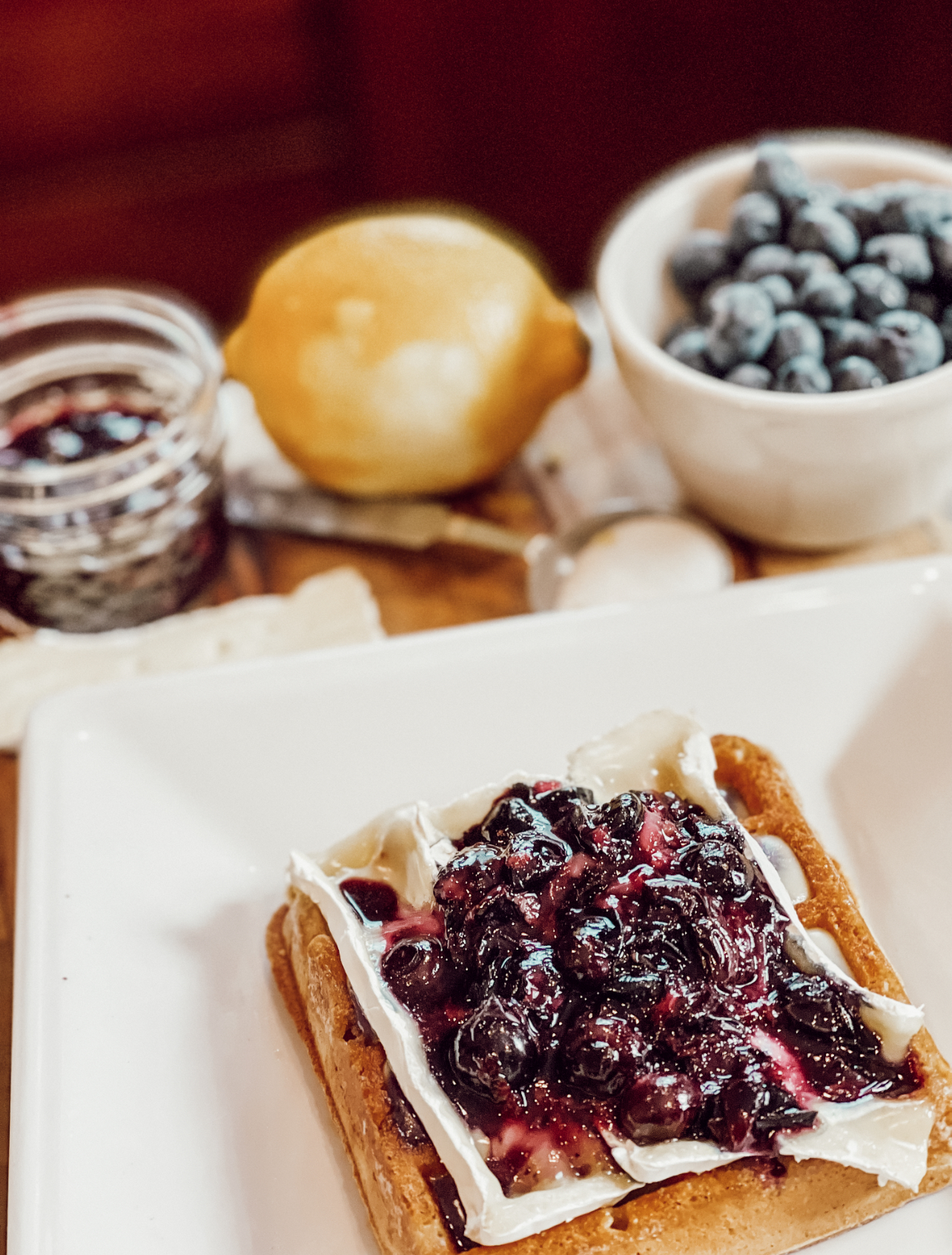 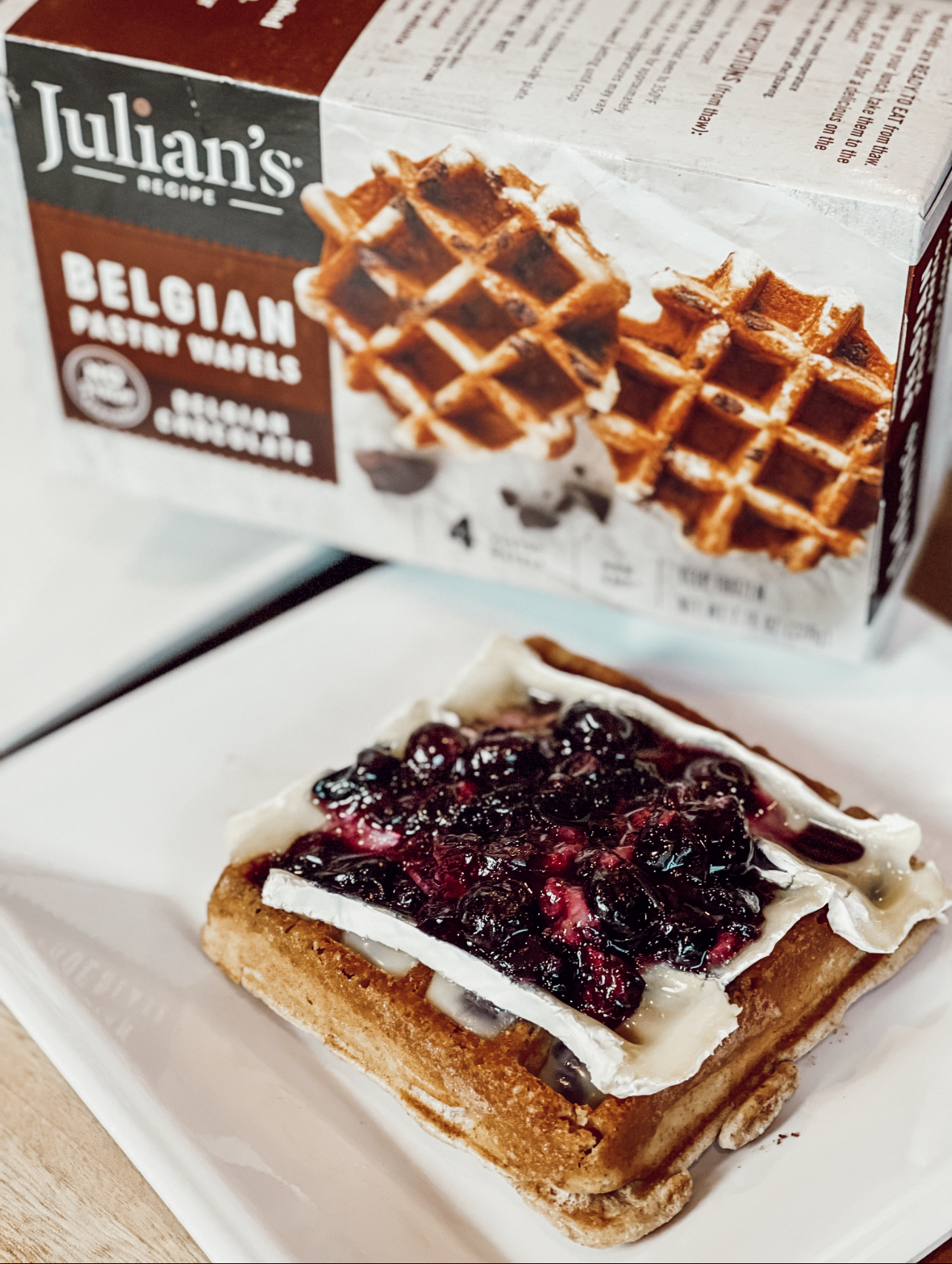 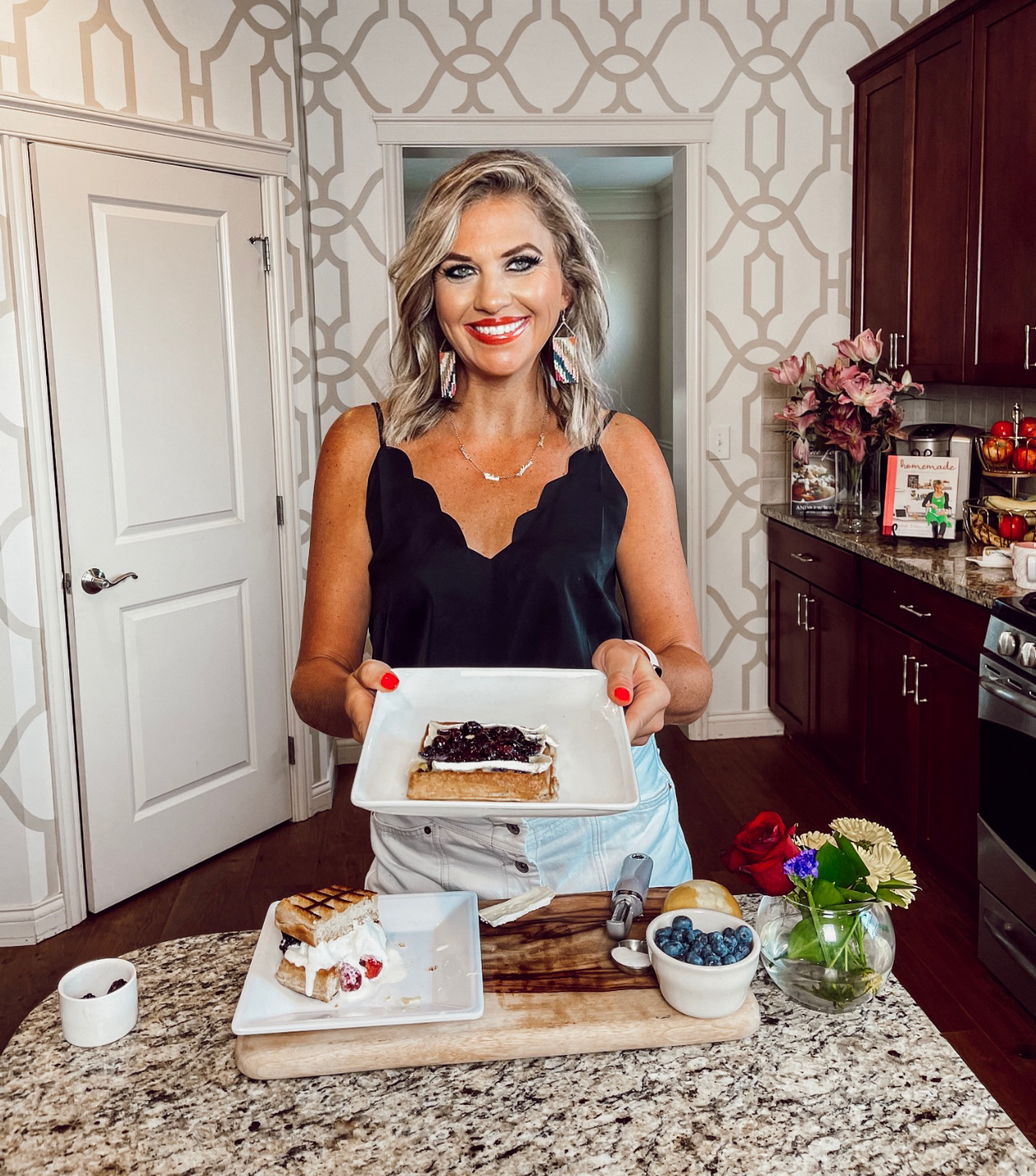