My dad has a story almost weekly. Some are funny. Some are shocking. Some seem too good to be true. But that’s the kicker. They are all true.

My dad (Bud, for those who know him) used to frequent a particular Dunkin’ Donuts. For the coffee. I would eye roll too, but considering he’s lost more than 30 lbs. I do actually believe it’s the caffeine that drives him to this particular establishment.

About a month ago he was standing in line waiting for his standard small coffee with cream when something bizarre happened. You see, Bud doesn’t believe in the drive-thru. He wants to watch the coffee being poured. He’s very skeptical when it comes to the paws that handle his coffee. Secondly, he wants to make sure it’s fresh. He can tell if someone is bullsh*tting about when it was brewed. He will stare into their beady little eyes until they sweat or pee their pants in fear if that freaking coffee is not fresh.

So there he was minding his own business waiting in line when someone cut in front of him, completely out of nowhere. This man and his wife ditched the line and walked up to the cash register. So Bud, stepped up.

“No, no, no. It’s okay.” The man moved closer to the register, and Bud was not taking it.

“Sir. Did you not see the line? Back there.”

The man was persistent, “No, really it’s okay.”

Now Bud was getting a little hot. “Man, I don’t know where you’re from, but in THIS country, we wait our turn. Back of the line!” At this point the wife stepped in and started talking some gibberish and making a scene, so the manager comes out.

The woman at the cash register must not have seen what exactly went down because she tried to tell the manager Bud was upsetting customers.

Manager and Bud exchange some words. The manager tells Bud he’s sorry, but dad can no longer be inside the Dunkin’ Donuts. He said they’d be happy to serve him in the drive-thru, but not inside the restaurant.

So, Bud leaves the store without his coffee and a lifelong ban from a Dunkin’ Donuts.

Does he still go to that particular one, you ask? Of course he does. But instead of going through the drive-thru he makes someone go inside for him and personally watch the coffee being poured. 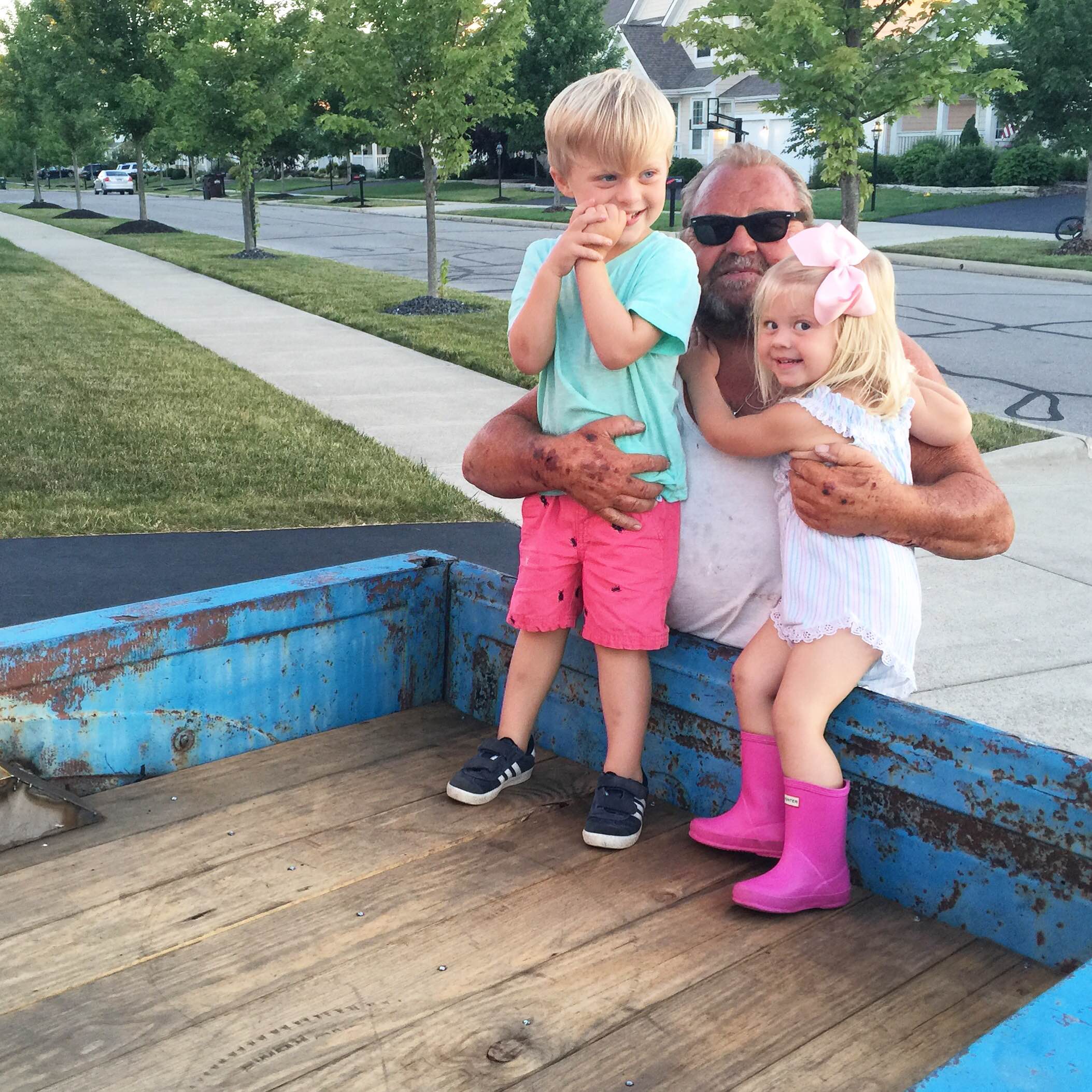 I wanted to get a pic of Bud at the infamous establishment. This was the best we could do.